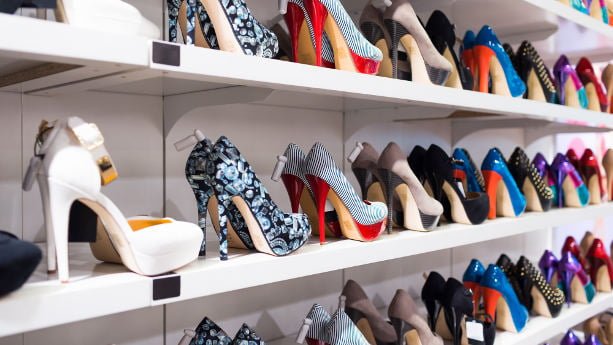 Click Here to Get the
Asia Import Platform: Accessories & Jewellery

Looking for qualified shoes and footwear suppliers in Vietnam? In this article, we list some of Vietnam’s leading manufacturers, while also explaining what brands must know about the following:

Small importers tend to assume that manufacturers operate as design houses, developing their own yearly collections – for others to buy at factory prices, and resell with big profit margins.

That is not the case, as footwear manufacturers generally expect the buyer to provide a complete specification, including the following:

Some suppliers have basic ‘template products’, but don’t expect them to be on par with major brands.

The minimum order quantity requirement (MOQ) for footwear is relatively high. Most suppliers require that you purchase at least 1000 pcs per design and color. Some have an even higher MOQ, up to 10,000 pcs per design.

That said, they tend to offer a lower MOQ per size. Below follows an overview:

You may be able to negotiate down the MOQ a bit, but the MOQs in the footwear industry is definitely higher than in most other industries.

When importing shoes and footwear from Vietnam, or other countries in Asia, you need to ensure that your goods are fully compliant with all applicable standards and labeling requirements.

Product regulations may cover the following:

Vietnamese footwear suppliers are not international product compliance experts. As such, you need to confirm which standards and labeling requirements apply to shoes in your country – and then follow this process:

Innolux Group is a leading and one of the largest manufacturers of shoes and footwear in Vietnam. The Vietnam factory was founded in 1996 by Innolux Group, an international company based in India. They expanded quickly in the last two decades and now have a network of 20 factories in and outside Vietnam.

They currently employ 1,600 people in their own factories with an annual production of one and a half million pairs.

They offer a wide range of shoes to choose from. Some of their popular products include:

There are dozens of more options to choose from for both men and women.

Dong Hung Group was founded in 1994 as a manufacturer and exporter of sports shoes. In the last few years, the company expanded to three different companies all working under the umbrella of Dong Hung Group.

They manufacture shoes for men, women, and children, offering you a large variety to choose from.

They also claim to have passed several quality standards and testing that include TUV SUD.

Hanoi Rubber Joint Stock Company is a manufacturer and exporter of fashion accessories and footwear. They manufacture a wide range of products that include handbags, footwear, floor coverings, EVA, and rubber products.

They sell their products under their own brand name, HARCO, but also offer OEM and ODM services.

You can choose from a wide range of shoes that include:

The factory is based in Ha Noi, Vietnam, which was established in 2005. Almost 70% of their shoes are for exports, with North America as their biggest market.

The annual capacity is more than one and a half million shoes. They offer an average lead time of 60 days.

Hoan Cau Vinacenter Joint Stock Company was established in 2013 as a manufacturer and exporter of shoes and wallets. They export 70% of their products, with North America as their largest market.

You can choose from a large variety of options that include:

The average lead time for each order is seven days. They’re currently listed as a Gold Supplier on Alibaba.

Dung Luc Joint Stock Company is a manufacturer and exporter of footwear, sportswear, and other sports products. They also produce mainly sports shoes for different sports.

You can find their products on the market under their brand name “Dong Luc.”

Established in 2007, they offer a large variety of shoes to choose from that include:

The manufacturer also claims to pass several quality tests like FIFA Quality Pro and FIFA Quality. They also claim to have passed the CCA SGS standard.

They export almost half of their products, mostly to Eastern Asia and South America.

TBS Group is one of the largest and leading footwear manufacturers in Vietnam. They currently employ more than 25,000 people and produce more than 21 million pairs of shoes every year.

Founded in 1989, they now own several businesses that include retail, footwear, handbags, hospitality, logistics, and asset management.

They’re currently producing for some of the well-known international brands like Skechers, Decathlon, and Wolverine.

Address: 5A, Xuyen A Highway, Di An, Binh Duong Province

Kingmaker Group was founded in 1981 by Mr. Mickey Chen as a manufacturer and exporter of footwear. They now own several companies working in different industries, one of which is Kingmaker Footwear Holdings, Ltd.

Kingmaker Group has several factories working in Vietnam, China, and Cambodia, making them one of the largest manufacturers of footwear in the region. In total, they currently have 40 production lines. They’re also working on another factory in central Vietnam that will have 24 assembly lines.

They have more than 18,000 employees working in different countries, while their annual production is more than 23 million pairs of shoes.

They’re the primary supplier of footwear to some of the leading brands that include CAT, Clarks, Asics, Caterpillars, K1X, Skechers, GH Bass, and Fiona’s Prince.

PKN Group was established in 1994 in Saigon, Vietnam. With more than 20 years of experience in the footwear manufacturing industry, they specialize in sport’s shoes, fashion shoes, and waterproof shoes.

They claim to have worked with brands such as Lacoste, FILA, Dr. Martens, and more. Their export markets include the US and Europe.

According to their website, they are WRAP and BETTER WORK certified by reputable companies. They offer services from design to shipping, which can help customers to develop new products from scratch.

Horng Shin Footwear has more than 20 years of experience as a Vietnam-based shoe manufacturer. They specialize in sport’s shoes, medical-grade shoes, safety shoes, and also other accessories such as cycling cleats and insoles. According to their sports shoes are certified by the Standard Global Services (SGS) for health and safety.

They claim that they have over 1,500 employees working in the shoe manufacturing process including cutting, sewing, forming, and outsole processing. Also, they are capable of producing 2 million pairs of shoes in a year.

Besides footwear production, they can also help with 3D rendering design, establish technical specifications, cost management, and quality control. They have their own testing facility to conduct tests on shoes including slip resistance tests, hardness tests, sole abrasion, and more.

Yee Long was founded in 1994 as a footwear factory in Vietnam. Their products include vulcanized shoes, safety shoes, child shoes, and hiking shoes. Their main markets are Italy, Canada, the US, and Australia.

They claim that they have worked with brands such as Diesel, Marni, Marc O’Polo, Burberry, Paul Smith, and more.

On their website, you can also find pictures showing their factory production lines including cutting, stitching, and assembly.

Ching Luh Group was established in 1969 as a footwear manufacturer in Tainan, Taiwan. In 2004, they built new production facilities in Long An, Vietnam, where they own three factories specialized in sport’s shoes and athletic shoes.

They offer services from product development to mass production. They claim that they’ve worked with international brands such as Adidas, Footjoy, Mizuno, Nike, and Reebok. They also have factories in Indonesia.

Pou Chen Corporation was founded in 1969 as a rubber footwear manufacturer in Taiwan. In 1994, they expanded their production bases to Vietnam and offer a wide range of footwear including sneakers, boots, sports shoes, and casual shoes.

They accept both ODM and OEM requests, and they offer comprehensive services from product development to mass production of footwear. They can also help you to source new suppliers for your other projects. They claim that they have worked with Nike, Adidas, Asics, New Balance, and Timberland.

Vietnam is a top footwear exporter, and our intention was not to list every single supplier in this country. To find more suppliers, I recommend that you use the free sourcing tools provided by Alibaba.com and Globalsources.com.

You could also check out one of the following supplier directories:

Not keen on sourcing suppliers online? Then you should attend International Footwear & Leather Products Exhibition (IFLE) Vietnam. The trade show is held in June each year, in Ho Chi Minh City.

As explained on their website, you can expect to find Vietnamese manufacturers and wholesalers in the following product categories: