Click Here to Get the
Asia Import Platform: General Products

Telegraphic Transfer (T/T) is the most common way to pay manufacturers in China, and elsewhere in Asia. That said, Telegraphic Transfers are irreversible once the payment is made, and the bank is not responsible for ensuring that you don’t get scammed or pay to the wrong account.

In this guide, we explain what can go wrong when paying Chinese suppliers by Telegraphic Transfer, and what you can do to prevent common issues.

1. Get the beneficiary name, address, and other account details right

Chinese banks tend to be quickly stringent when it comes to ensuring that all bank account details are correctly input by the sender. This is done for the sake of ensuring that money is paid to the right company, which is ultimately a good thing. That said, even a minor misspelling of the company or incorrect address can sometimes result in the transaction being put on hold by the Chinese bank – and returned a few weeks later.

Further, the banks don’t refund either your sender fees or the receiver’s bank transaction fees. All in all that can amount to around 30 to 50 US dollars per transaction.

Here are some common examples for why importers tend to get the bank account details wrong:

The address can also be tricky. First, because many Chinese suppliers tend to omit the beneficiary address from the bank account details. Second, because their address might be outdated and not the one registered with the bank.

My recommendation is that you ask your supplier to double-check which address the bank has registered before you wire the money.

Another issue is that the address can be too long to input in the field. If so, add the remaining characters in the message field.

Some SWIFT codes are unique not only to the bank itself, but also to the province, city, or even branch. Ask your supplier to provide the SWIFT code for their bank branch to ensure that there are no issues.

2. Make sure you pay the right company

The risk of payment fraud is always present when transferring money internationally. As such, you must always check if the bank account beneficiary name is matching the name of the company, you buy the products from.

The problem is that there are various reasons, both legitimate and illegitimate, for Chinese manufacturers to request payments to a bank account that is not directly held by the same company entity that manufactures your products.

Below follows a few common examples:

Some suppliers prefer to receive international payments via a Hong Kong-registered bank account, which in turn is held by a Hong Kong company. Hence, the supplier is paid indirectly, which makes it rather unclear which company is actually responsible for your products.

That said, it’s so common that it would be hard to exclude suppliers based on this factor. There are, however, individuals using Hong Kong accounts for far more sinister reasons – payment frauds.

At a minimum, you should only pay a Hong Kong-registered entity if the beneficiary name resembles that of the entity on the Chinese mainland. 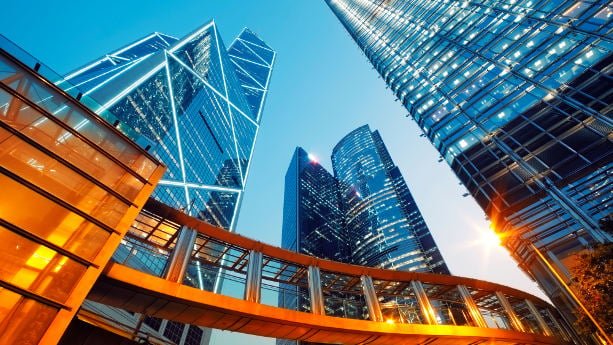 Some smaller manufacturers don’t have export licenses. As such, they use Export agents, to clear their products through customs. This requires that the Export agent “sells the products” to you, and then uses your money to buy the products from the supplier.

This comes at a fee, usually set at 2 to 3%. For you, this means that you will not pay your supplier, but their export agent.

These are two different entities, which means that the beneficiary name is not that of the supplier. There is a risk, that the Export agent is not really an Export agent. However, I am not aware of any fraud cases involving Export agents.

Notice that a proper company-held bank account always has a company name a beneficiary, whereas a private account beneficiary is the name of the individual account holder.

3. Pay all bank transaction fees. Including the beneficiary bank fees

When suppliers quote a price, they don’t take bank transaction fees into consideration. Not even the fees charged by their own bank. Some suppliers may refuse to start production until the deposit is paid in full. To avoid delays, make sure you pay both your – and the beneficiary bank fees.

In most cases, this amounts to 30 to 50 USD per transaction.

4. Save a transaction record and send it to your supplier

Send screenshots or PDF transaction records from your online bank as soon as the money is sent. This document must include the following details:

What can I do if something goes wrong with the Telegraphic Transfer (T/T) payment?

In case you manage to type in the wrong beneficiary information, there are two things you can do:

a. Wait for the money to be returned to your bank account. This can, however, take up to three weeks.

b. Contact your bank and submit the correct bank account details. This will cost you but could save you several weeks.

Can I make international wire transfers in Chinese Yuan (RMB)?

Paying suppliers using RMB, from outside of China, is not available in most countries. There are some exceptions though, such as Switzerland.

It’s possible that RMB payments will become widely available at some point in the future, but the US Dollar is by far the most common currency in which Chinese exporters are paid by their overseas customers.

Can I pay my supplier using a service like Wise.com?

Yes, cross-border wire transfer services can be used to pay suppliers in China, and other countries in Asia. Using services like Wise.com  can help you save hundreds of dollars per transaction, as banks normally charge around 3 to 5% – while these services often charge less than 1%.

Can I save money by opening a bank account in Hong Kong?

Send money from Hong Kong bank accounts to Mainland China is normally slightly cheaper per transaction – in the range of 10 to 20 USD instead of 30 to 50 USD. That being said, the paperwork and time spend to open a bank account in Hong Kong for non-resident-owned businesses makes it a less relevant option compared to using Wise.com or any other telegraphic transfer service.

Alibaba has focused increasingly on payment services in recent years, including its Trade Assurance program. The most common way to pay suppliers through Alibaba, however, is still by telegraphic transfer. Alibaba has designated bank accounts in Singapore that then serve as the beneficiary, while Alibaba ensures that the supplier receives the money at a later point.

Go ahead and book a call if you’d like to talk to us about your manufacturing projects.