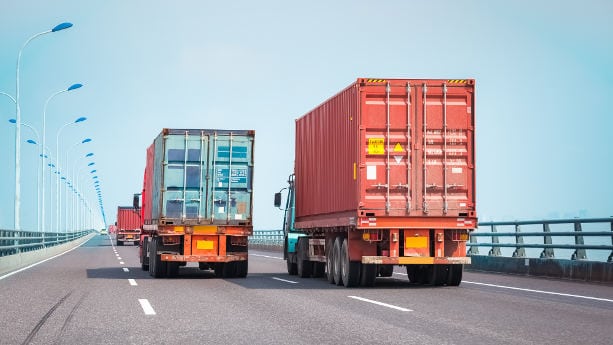 Do you order small volumes from many different suppliers? You might be wasting thousands of dollars on exorbitant LCL shipping fees.

In this article, I explain how much you can save by combining your shipments in one single container – and the 4 step process for doing so:

This article is heavy on ocean freight terminology, so I strongly suggest that you read these two articles first:

Combined shipments can save you a lot of money

When it comes to sea freight, there are two types of shipments:

One container with goods for one importer. This is the cheapest option, counted on a per unit basis.

LCL can be 2 to 3 times more expensive, per shipped unit, compared to FCL. This can be explained by the fact that the administrative cost (which makes up a big part of the total shipping cost) is as high for an LCL shipment as an FCL container.

Hence, you can save quite a bit of money if you combine several individual LCL shipments into one single FCL shipment.

Let’s assume that you are shipping 4 LCL shipments:

By coordinating these 4 shipments, you could therefore save as much as $1765. This further reduces the customs value, which lowers your total import tax bill.

Now, I’ll explain how that works.

1. Buy according to FOB or FCA terms from all suppliers

Your cargo cannot leave the country without export clearance documentation. There are two ways you can obtain these documents:

Option A: Order FOB or FCA

The suppliers will not provide the export clearance documents. Instead, this is managed by the freight forwarder.

The second option can be complicated, as the export documentation shall normally be issued by the supplier. This is not always easy when it comes to lithium batteries, and other hazardous goods.

All shipments must be forwarded to the same port of loading. You can do this in two different ways:

This means that each supplier book transportation to the port of loading, for example Shenzhen. The FOB charges vary, depending on how far the goods must be transported.

When you ask for a ‘regular’ FOB quote, the supplier quotes based on the closest port.

Hence, you need to instruct the supplier to:

a. Provide an FOB quote that includes transportation to a specific city
b. Make sure that they declare that port as the port of loading

FCA includes the issuing of export clearance papers, by the supplier, but the cargo is not transported from the factory to the port of loading.

Instead, the freight forwarder picks up the goods at each factory, and brings each shipment to their port warehouse.

This is the most effective method, if you ask me.

This also allows you to make sure that the goods are properly insured, when transported from the factory to the port of loading.

3. Make sure to sync production between suppliers

Manufacturers have a tendency to delay orders. Sometimes for weeks.

If one supplier delays production, all other shipments will be delayed.

While it’s impossible to predict exactly when the production is finished, you need to sync your orders to avoid long term delays.

As such, products with longer lead times must go into production, several weeks before those with shorter production run times.

You should also have at least a 2 week buffer for potential delays.

4. Combine the cargo as one DAP or DDU shipment

Once all shipments arrive in the port of loading, the forwarder can load the goods in the same FCL container.

The forwarder must also issue the bill of lading, commercial invoice and packing list.

This is based on the export clearance documents issued by each supplier, or by the forwarder itself.

This can take a few days extra when involving many different suppliers.