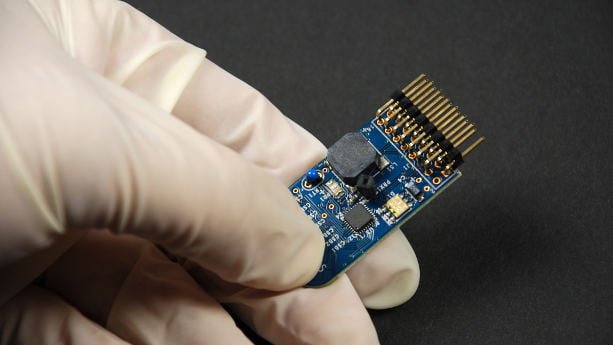 RoHS restricts heavy metals, such as lead and mercury, in electronic products imported and sold in the European Union. RoHS compliance is mandatory, not optional, for importers.

In this article, you will learn how to ensure RoHS compliance when importing from China and selling to the EU:

RoHS (Restriction of Hazardous Substances Directive) is a European Union product certification standard that limits the usage of certain substances (mainly heavy metals) in electronics. The restricted substances are listed below:

These restricted substances are found in a variety of materials and products such as solder, paint, batteries and metallic parts. Brussels have good reasons for doing so. Heavy metals such as Lead and Mercury are toxic and have a negative impact on both humans and the environment.

For once the EU has made things a bit easier for us. Starting in 2013, RoHS is now a ‘CE marking directive’.

Note that RoHS doesn’t cover electrical safety or communication standards, which is covered by other EU directives. These include the Low Voltage Directive (LVD) and the Radio Equipment Directive  (RED).

Products required to be RoHS compliant

Most electronic products are required to be compliant with the RoHS directive. This includes, but is not limited to, the following products:

That’s pretty much anything that can be plugged into a power socket. Always assume that an electrical product is required to be RoHS compliant with importing to the European Union. As a matter of fact, the EU intends to introduce RoHS compliance as a certification requirement for all electronics by 2019.

All products that fall inside the scope of the RoHS directive must be CE marked. This doesn’t change much, as all electronics are regulated by other ‘CE directives’ such as the Low Voltage Directive or the EMC Directive.

Notice that there is no ‘RoHS mark’. Some suppliers do label their products as ‘RoHS compliant’, but the CE mark is the official and mandatory compliance mark for electronics imported to the European Union.

Sometimes, the WEEE mark is assumed be a ‘RoHS symbol’, but that is not the case.

Are all electronic components RoHS compliant?

No, not all electronic components are RoHS compliant. Many component suppliers, in China and elsewhere, tend to offer the same components as both RoHS and non-RoHS. The former is  slightly more expensive than the latter.

As such, you must request your manufacturer to specifically procure RoHS compliant components, or contact a component supplier directly.

How to ensure RoHS compliance when importing from China

Ensuring RoHS compliance when importing from China is not necessarily that complicated. That said, you must select one of the following two strategies:

A RoHS tested brand name movement may be a bit more expensive than a non-RoHS movement. Ultimately, you’ll save money by selecting a RoHS tested movement, as you don’t need to pay for testing yourself.

The other option is to send a product or individual components to a testing company to verify whether its RoHS compliant. If you intend to purchase a private label product, this may in fact be your only option.

Keep in mind that RoHS compliance testing is always paid for by the customer, not the manufacturer. RoHS testing can be expensive, and cost up to $700 per product, depending on the number of electronic components that must be tested.

Further, this cost must be carried even if the product fails compliance testing, which is rather likely – if the supplier didn’t specifically procure RoHS compliant components before assembly.

Can I use my suppliers existing RoHS test reports?

No, you cannot use an old test report as ‘proof of compliance’ for your own products. A test report is only valid for a specific batch of products.

You cannot prove that the product covered by the test report was made using the exact same components as your widget.

That said, an existing RoHS test report can help you assess if the supplier is qualified to make RoHS compliant items, but that’s a very different thing.

How to book RoHS testing

All major compliance testing companies offer RoHS compliance testing. This includes Asiainspection, Intertek, SGS and Bureau Veritas. These companies are also accredited in the European Union, meaning that their test reports are accepted by the authorities in EU member states.

You can request a free quotation online, and submit components directly to their testing facilities in Mainland China or Hong Kong. Note that testing is not required to take place within the EU. What matters is that the testing company is accredited in the European Union.

There are also hundreds of smaller non-accredited testing companies offering RoHS testing services. Avoid them, as their test reports are not legally recognized in the EU.

Do I need to ensure RoHS compliance if I imported to the United States?

Do I need to ensure RoHS compliance if I sell online to consumers in the EU?

In theory, you cross-border sellers should ensure compliance with RoHS. However, the reality is that a large number of electronic products, shipped via platforms such as Wish, are not RoHS compliant.

Further, the EU authorities seem to be far more strict when it comes to enforcing that EU based companies ensure RoHS compliance, while they are very lax when it comes to electronics shipped directly from Chinese online sellers.

4 Responses to “RoHS Compliance When Importing Electronics from China”