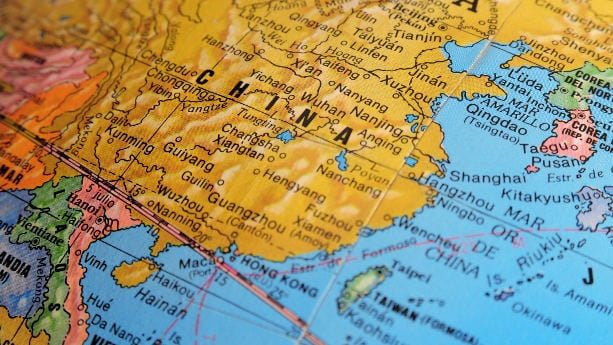 Alibaba.com is often synonymous with the term supplier directory. While Alibaba has become a household name, it’s not the only platform for finding qualified suppliers.

In this article, you will learn how to choose between the major platforms, including Alibaba.com, Globalsources.com, HKDC and Made-in-China.com

In addition, we will also take a look into wholesale platforms, such as Aliexpress and DHgate.

Alibaba.com, founded by Jack Ma in 1999, is the world’s largest supplier directory. Today, Alibaba is home to hundreds of thousands of suppliers in basically every industry.

Perhaps, Alibaba.com is too big for its own good. In the past, many buyers have criticized Alibaba for allowing scammers to list on their platform, while only siding with their suppliers in case of dispute.

As we have explained in many articles, things are not simple. In fact, importing goods from China would have been far more risky, without the supplier data provided by Alibaba.com.

Unlike many other directories, you can find verified company data for each verified supplier (also called Gold Supplier), such as the following:

Alibaba.com is also becoming so much more than just a supplier directory. A few years ago, they launched their Trade Assurance program, and offer a range of payment, sourcing and supplier audit related services.

Alibaba.com is here to stay, and the coming years will be very interesting, as they keep rolling out new services to importers.

In addition, more and more manufacturers and wholesalers in Vietnam, India, the European Union and the United States join what used to be the exclusive domain of Chinese companies.

Global Sources launched as early as the late 1960s, as a printed supplier catalog. This was way before the concept of online supplier directories even existed.

Today, Global Sources is still number one when it comes to print media, but they also have the 2nd largest supplier directory.

While Globalsources.com is not as large as its main competitor, Alibaba.com, it is widely seen as the go to platform for quality suppliers.

While I wouldn’t say that suppliers on Alibaba.com are necessarily of low quality, I can attest that Globalsources.com does have very strong supplier listings in certain industries.

Especially when it comes to electronics and children’s products.

Then again Global Sources is so much more than only a supplier directory. They host some of the world’s best trade shows and hardware startup conferences in the Asia World Expo, in Hong Kong S.A.R.

Many of the suppliers you find on Globalsources.com are also present at their trade shows, that are held twice annually in late spring and autumn.

HKTDC.com is perhaps the smallest of the big three supplier directories. Operated by the Hong Kong Trade and Development Council (HKTDC), the website is a combined supplier directory and media platform.

While the number of suppliers tends to be somewhat limited, they do maintain a high average quality.

In addition, HKTDC.com also serves as the main online platform for the HKTDC trade shows, that are held every month throughout the year in Hong Kong.

Note: Keep in mind that Alibaba.com, Globalsources.com and HKTDC.com are not necessarily ecommerce platforms. Most buyers use these supplier directories as a way to find suppliers, while the transaction (payment and delivery) takes place outside of the platforms.

While ecommerce and payment functions are being implemented, they are not operating the same way as the wholesale and dropshipping directories you will learn about further down in this guide.

DHgate.com started as a B2B supplier directory, with built in ecommerce functionality. Unlike traditional supplier directories, buyers could source and order products at once – with transactions protected by the DHgate.com escrow system.

Well, at least that’s how it works in theory.

While importing goods via DHgate.com is convenient, many products require additional documentation (such as a CE technical file or Declaration of Conformity) that very few (if any) online wholesalers can provide.

Aliexpress.com is founded and owned by Alibaba.com, and serves as a combined B2B and B2C marketplace. Unlike Alibaba.com, where you primarily source OEM or ODM products, Aliexpress is home to tens of thousands of small wholesalers, selling off-shelf products to businesses and consumer alike.

Orders are placed directly on Aliexpress, making it more convenient than a traditional supplier directory, like its parent Alibaba.com.

That said, due to documentation and labeling requirements in many developed markets, buying wholesale goods is simply not an option for many importers.

At least not those based in the European Union, United States, Australia and Canada.

What is the difference between Alibaba.com and Globalsources.com?

Alibaba has also diversified into other industries, such as finance and B2C commerce. That said, Alibaba.com is today just one of many businesses operated by Alibaba Group, based in Hangzhou.

What is the difference between Alibaba.com and Aliexpress.com?

Aliexpress.com is an ecommerce website, where businesses and consumers can order products directly from wholesalers, just like on any other online store.

Alibaba.com is very different, as it is not an ecommerce platform in its right sense, but strictly a B2B databank for manufacturers and trading companies.

While the initial contact between buyer and supplier is established on Alibaba.com, the transaction (i.e., payment and shipment) almost always takes place outside of Alibaba.com.

While this may change in the future, with new payment gateways and further development of the Trade Assurance platform, Alibaba.com will likely remain a B2B supplier directory – while Aliexpress.com will remain an ecommerce site for wholesalers.

What is the difference between Alibaba.com and MadeinChina.com?

Made-in-China.com was founded 1 year prior to Alibaba.com, in 1998. While it’s been around for a while, Alibaba.com took the lead early on, as is now a household name.

That being said, Made-in-China.com is still going strong in certain industries, with thousands of suppliers listed.

They have also established a partnership with SGS, which verifies all listed suppliers. However, similar services are also provided by Alibaba and Globalsources.com.

Which supplier directory has the best suppliers and products?

Many of the most qualified suppliers are listed on more than one supplier directory. As such, you often find the very same suppliers on Alibaba.com as on Globalsources.com.

Just like other businesses, manufacturers want to find buyers.

That said, Globalsources.com is sometimes considered to maintain a higher average quality of their suppliers, compared to other supplier directories.

While there may be a lot of truth to this, Alibaba.com has a much larger number of suppliers, and is also the only option for buyers in certain industries.

In the end, it doesn’t matter which supplier directory you choose. What truly matter is how you use the supplier data to make an informed selection.

How do I know which supplier to choose?

Alibaba.com and Globalsources.com provide extensive supplier data. For example, you can use the following information to select your supplier:

In addition, you can also find uploaded audit reports and other documentation, that can be very useful when selecting a supplier:

Should I buy directly from a factory, or from a wholesaler?

Wholesale products are primarily made for the domestic market in China, while a small part of the supply is sold internationally.

This is problematic for importers, as such products are not made in compliance with overseas (i.e., EU or US) safety standards and labeling requirements.

As such, buying from a wholesaler, or dropshipper, is not even an option to consider.

Where can I find suppliers based in Vietnam, Thailand, India and other Asian countries?

While China remains the primary source of consumer products, other Asian countries are becoming increasingly attractive to importers, due to lower costs and rapidly developed industrial base.

There are simply a lot more suppliers and products present in these countries today, compared to a decade ago.

That being said, Alibaba.com, and to some extend also Globalsources.com, remain the primary supplier directories even for suppliers outside of China, and in other Asian countries.

If you are specifically looking to import from Vietnam, or other countries in the region, you can narrow your product or supplier search to only show listings from said country.