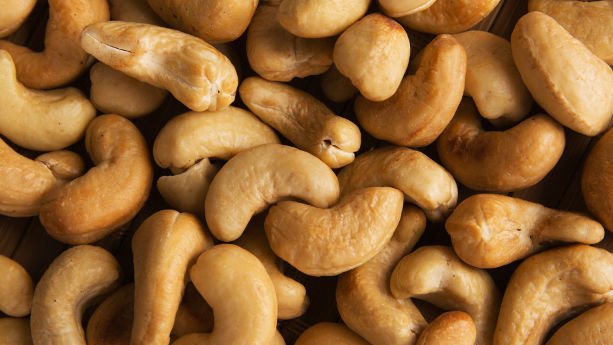 Planning to import cashew nuts from Vietnam? In this guide, we list some of Vietnam’s leading cashew nut producers and wholesalers – covering their company history, main products, and certification.

Organics More was established in 2014 and headquartered in Ho Chi Minh City, Vietnam. The company specializes in the field of the import and export of organic products, including cashew nuts and of different specifications, turmeric and black peppers.

Organics More values keeping the nature of the products and thus works with the local farmers from Binh Phuoc, a place that is famous for producing high-quality cashew kernels in Vietnam, to develop an organic cashew plantation.

In 2018, Organics More invested in building a cashew processing factory for the purpose of implementing a strict control system with international standards such as BRC and ISO 9001.

Cao Phat Company was established in 2007 as a trader for cashew nuts in Vietnam, which is currently a member of the Vietnam Cashew Association (Vinacas). There are more than 1,000 staff working in Cao Phat and its production capacity is up to 20,000 tons per year.

Cao Phat values the high quality of the products, purchases cashew nuts from eligible farmers and processes the product according to FSSC 22000 and BRC standards. The company also claims to not use any kind of preservatives and pesticides during the course of processing.

The main exporting markets of Thanh Dat Nguyen are China, the US, Canada, Europe, the Middle East, and Southern Asia.

My An Company is one of the leading cashew nut exporters established in 2015 in Vietnam. The company provides cashew nuts of a wide range of specifications, such as WW 240, WW 320, WW 450, SW240, SW 320, LBW 320, Dessert Wholes kernels and Large Pieces kernels.

My An Company values the high quality and sanitation of the products and follows ISO 9001:2008 quality management rules and HACCP Codex Alimentarius Food Safety Principles during the processes.

Other than cashews, the company also supplies some other agricultural products such as tapioca, peppercorns and corn kernels.

Macy Vietnam was established in 2016 in Ho Chi Minh City, specializing in exporting and importing agricultural products such as cashew nuts, coffee beans, peppers, and spices. Macy thinks highly of the quality and sanitation of its products and processes cashew nuts following AFI Standards and uses vacuum bags or tin or cartons as its packaging methods.

So far, Macy exports its products to international markets like the Middle East, Europe, America, East Asia with a stable output of up to 300 MT per month.

Lafooco was established in 1985. Its main business scope is processing and exporting foodstuffs, including cashew kernels. Lafooco is a member of some food and cashew nut associations such as AFI, CENTA, and VINACAS. The production capacity of Lafooco is over 2,000,000 tons of raw cashew nuts per year.

Lafooco is currently among the top 5 cashew nut traders in Vietnam shipping approximately 80% natural nuts and 20% roasted nuts of its total output to international markets such as the US, Europe, China, Australia, and the Middle East.

Mo Chuiyan has an MA in Islamic Studies from the Hebrew University of Jerusalem. She has previously worked as a marketing developer for Middle Eastern countries in an E-commerce company. She has also worked as a merchandiser in the garment industry, where she gained expertise in material sourcing and production management. She currently works as a content editor for Chinaimportal.com

30 Responses to “List of Cashew Nuts Suppliers in Vietnam: Our Top 8 Picks”