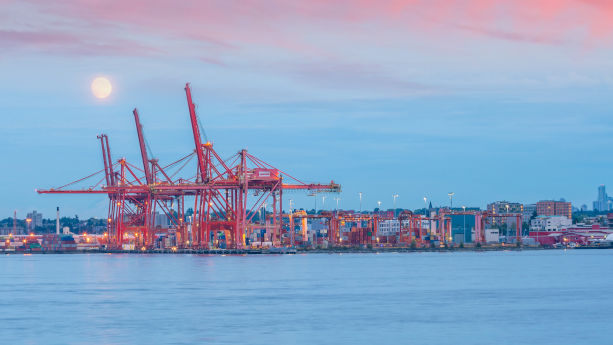 Companies importing and selling products in Canada must generally pay import duties, GST, and GST/HST. In this guide, Munish Gupta from the Supply Chain Advisory Group explains what kind of taxes must be paid when importing goods to Canada – both for Canadian companies and foreign importers.

What are the main import taxes to consider when importing to Canada?

Canada is an important country for cross-border commerce. While importing into Canada, companies should consider the implications of customs duties and import GST (Goods and service tax) tax considerations. It is important to note that customs duties are different from import taxes and are discussed later.

Companies pay 5% GST on the manufactured value of goods while importing into Canada. This 5% GST can be recovered once you sell the goods to the end client.

A foreign or Non-Resident Import is a company that does not have a permanent presence in Canada but imports into Canada under its own name and business number. The benefits of this approach are that a company is an Importer of Record (IOR) for your products in Canada. The process of getting set is relatively quick and not very expensive.

To sell in Canada, a company will have to register for the federal GST/HST program as well as the provincial sales taxes (PST) in British Columbia, Manitoba, Quebec, and Saskatchewan.

A company planning to import into Canada is liable for GST/HST and PST taxes in Canada. However, the only taxes that you are responsible for are the sales taxes in the different provinces. A company is not responsible for any corporate or income tax.

95% of the foreign companies doing business in Canada get set up with the Non-Resident Import (NRI) option.

How can I find HS codes in Canada?

Once a company pays the import GST, it should also consider customs duties. Customs duties are based on the 10-digit HS or HTS code.

An HS or HTS code stands for Harmonized System or Harmonized Tariff Schedule. Developed by the World Customs Organization (WCO), the codes are used to classify and define internationally traded goods.

In most cases, in order to import or export a product internationally, the traded good must be assigned an HTS code that corresponds with the Harmonized Tariff Schedule of the country of import.

Unlike import GST which is recoverable, the customs duties paid to the government are not recoverable.

How can Canadian importers find the applicable tariff rate?

When you import, a company shares the product description and materials used with its customs broker. Based on this, the customs broker will find the HTS code and the relevant customs duties.

How do I calculate the total customs fee in Canada?

A company imports products into Canada at the manufacturing price of Canadian dollar (CAD) 100. The 10-digit HTS for the product mentions an import duty of 10%.

The company will pay 20% customs duties = CAD 20 on this to the Canadian Government. The customs broker will pay on the company’s behalf.

Do taxes differ depending on the Canadian province?

Canada has 13 provinces and territories. 9 of these fall under the federal government levy of a Value-Added Tax (GST/HST). In addition, there are four provinces that levy a provincial retail sales tax:

Companies will have to pay the federal GST/HST tax as well as the provincial sales taxes in British Columbia, Manitoba, Quebec, and Saskatchewan. The tax rates are different in different provinces.

Do Canadian importers need to pay VAT or GST?

In Canada, the import tax is called GST. It is called VAT in Europe.

How do I calculate the total import VAT in Canada?

A company imports products into Canada at the manufacturing price of Canadian dollar (CAD)100. It pays 5% import GST = CAD 5 on this to the Canadian Government. The customs broker will pay on the company’s behalf.

Yes, non-Canada-based importers will have to pay the import duties.

Can non-Canada based importers pay GST?

Yes, non-Canada-based importers will have to pay the import duties by getting set up as foreign importers.

We help our clients and set up properly for import logistics and GST/VAT as a foreign importer in countries such as Australia, New Zealand, Canada, All EU countries, Japan, Singapore, UAE, and the UK etc.

SCAG’s founder Munish Gupta is a Wharton MBA/UCLA Electrical Engineer and worked in global corporate global supply chains (including Overstock.com) for 15 years before branching out on his own. International trade is in his blood, and he has traveled to over 80 countries he has written extensively in Asia, Europe and North America and speaks 5 ½ languages.

He can be reached at: munish@sc-advisory.com