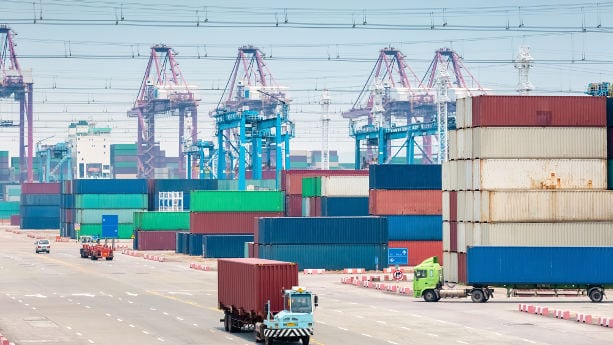 1688.com is just like Alibaba.com, but all in Chinese, and for the domestic market in China.

Some believe that they can find better deals, by going directly to suppliers on 1688.com, instead of Alibaba.com.

But is that really true?

Keep reading, and learn if 1688.com suppliers are really offering lower prices, how to pay them and if they even have export licenses.

1688.com is a B2B supplier directory owned by Alibaba Group. Just like Alibaba.com, 1688.com is portal were you can find factories, wholesalers and trading companies, in virtually any industry.

Substituting words for similar sounding numbers is common in China and all over Asia.

What is the difference between 1688.com and Alibaba.com?

The difference between the two is that 1688.com is exclusively for domestic trade. Alibaba.com has been export focused since day 1.

This is why 1688.com is in Chinese, while Alibaba.com is in English, and has translations in French, Spanish and other major languages.

Are 1688.com for wholesalers or factories?

Both. 1688.com is not limited to wholesalers or factories. Instead, you can find the same types of suppliers here, as you find on Alibaba.com.

Many suppliers actually have company pages on both Alibaba.com and 1688.com.

One for international buyers, and one for domestic ones.

Can I find cheaper products on 1688.com?

Many importers believe that Chinese suppliers offer lower prices to domestic buyers. This is often true, but not for the reasons you might think.

Chinese suppliers know they can’t sell the same quality overseas, as they can to some local customers.

If you submit the same product specification to suppliers on Alibaba.com, as you do on 1688.com, you will not necessarily be quoted a higher price on the former.

As such, you should not assume that you’ll get lower quotes from 1688.com suppliers.

How do I communicate with the suppliers?

Suppliers go to 1688.com because they want to sell products on the domestic market. Domestic manufacturers and wholesalers rarely have English speaking employees operating their 1688 account.

If you want to contact 1688 suppliers, you either need an agent, or learn mandarin.

Alibaba.com suppliers, on the other hand, almost always have English speaking sales reps operating their accounts.

That’s kind of the whole point with Alibaba.com.

How do I pay suppliers?

One can say that China’s financial system is still in ‘Beta mode’. The standard company bank account in China is only for holding the local currency, Renminbi (RMB).

RMB accounts can receive USD, but this makes it count as a ‘domestic transaction’. Hence, no export rebate, which can deduct 17% to the factory price.

Instead, export focused companies need to open a separate bank account for receiving US dollars. This is the bank account you pay when sending money to your supplier.

But what if the supplier never exported products before?

If so, they likely don’t even have a USD bank account, and can therefore not receive USD.

In China, a company must obtain an export license before they can ship goods overseas. The license is not obtained on an order to order basis, but is valid for several years.

Many suppliers, especially the larger ones, tend to operate both on the domestic market in China, and export to other countries. These suppliers, naturally, have export licenses.

However, these suppliers also tend to be listed on Alibaba.com.

1688.com suppliers that are only focused on the domestic market don’t have the need to apply for, and maintain, export licenses.

There are ways to go around the need for an export license.

For example, the 1688 supplier can use an export agent. But I doubt that many ‘domestic suppliers’ are willing to bother with all the extra paperwork for one customer.

If you really want to buy products from 1688, there’s help to get.

There are several ‘1688.com buying agents’ that can help you with the following:

Most charge a commission, ranging from 1 to 3%.

However, keep in mind that you should follow up with quality inspections, and make sure you don’t pay everything upfront.

Many Importers are under the impressions that 1688.com suppliers offer lower prices than everyone else.

And sometimes they do, but not for the same quality.

Further, 1688.com suppliers are rarely ‘export ready. Without a USD bank account and an export license, the products will not leave the country.

There are workarounds, but most ‘local suppliers’ don’t want to bother with that.

There are very few scenarios I think of when 1688.com makes sense for importers outside of China. Perhaps if you need to source certain materials and components for your export supplier, but that’s about it.

Luckily, there is Alibaba.com, and other supplier directories, for exporting manufacturers.