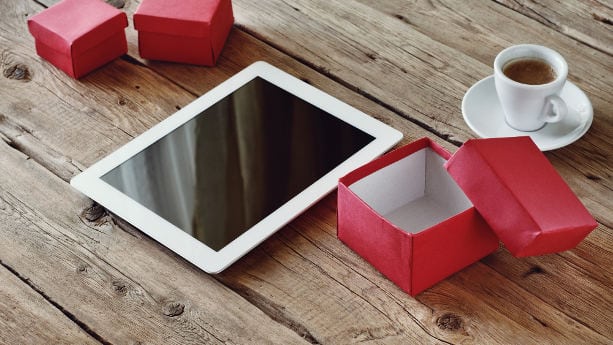 About to import Android Tablets from suppliers in China? In this article, we list some of China’s leading manufacturers of Tablet PCs:

In addition, we also explain what you must know about MOQ requirements, customization and product safety standards.

Notice that we are not affiliated with, or endorse, any of the factories listed in this article. All information provided are based on statements made by each respective supplier.

Where are most Android Tablet factories in China located?

The vast majority of Tablet PC manufacturers are based in Shenzhen, which is China’s electronics manufacturing center. There are also suppliers in neighbouring Dongguan, Zhongshan and Guangzhou.

That said, the role of the Tablet PC manufacturer is to procure components and assemble the devices. While some parts are made locally, they also import CPUs and other components from the United States, Japan, Korea, Taiwan (ROC) and other places..

What is the standard MOQ for Tablet PCs?

Most suppliers set the MOQ at around 500 pcs per model. There are, however, some manufacturers that offer ODM tablets from only 50 pcs per order.

But, if you intend to import a customized tablet computer, you will need to match the standard MOQ of around 500 pcs.

What kind of product certification do I need when importing Tablet PCs?

There are various safety standards and labeling requirements applicable to Android Tablets, and other electronics. You can learn more in the articles below:

Also notice that the Tablet PC and the AC Adapter (if any) are considered as two separate systems. In other words, you need to present test reports and other compliance documents that are valid for both the Tablet itself, and the charger.

Can I customize the Tablet PC?

Yes. In fact, most factories expect that you have a complete spec sheet that includes the following information:

Keep in mind that you’ll get what you specify. Nothing more, and hopefully, nothing less.

Shenzhen Luckystar Technology Co., Ltd is a manufacturer and exporter of Android tablets, GPS devices, laptops, mobile phones, and many other digital products.

The company was founded in 2000 as a local manufacturer, but since 2010, they also emerged as a major exporter. The head office and the 12,000 sqm state-of-the-art factory is based in Shenzhen, Guangdong.

They export to around 50 countries and offers OEM and ODM services to their clients. Some of their most popular products include:

They have an ability to produce in large quantities and regularly meet the volume needs of retail giants like Archos, ViewSonic, and Walmart. Their other well-known clients include BenQ, Polaroid, and Sony Ericsson. In total, they manufacture more than five million products every year.

Founded in 2006, Shenzhen Pertech Industrial Co. Ltd is one of the leading manufacturer and exporter of Android tablets and other digital products. They’re best known for their high-quality Octacore tablet PCs and 4G LTE tablet PCs. They also manufacture Windows, Intel, and Android tablets PCS.

You can choose from a wide range of products, but some of their most popular products are listed below.

Shenzhen Pretech also claimed to have passed LVD, RoHS, FCC and other tests.

The head office and the factory of the company is based in Shenzhen, Guangdong. The 5000 sqm factory and more than 300 employees enable them to produce over 70,000 units a month.

They export 100% of their products to different countries, with North America as their primary market. They offer OBM, ODM, and OEM services to their clients, and also accepts buyer’s specifications.

Dongguan Tonstep Electronics Technology Co. Ltd is among the largest manufacturers of electronic accessories including Android tablets in mainland China. They own two factories equipped with state-of-the-art machinery covering more than 55,000 square meters.

The company started as a manufacturer of computer accessories 15 years ago, but in 2010, they also began manufacturing tablets, mobile phones, and laptops. They now export more than 300,000 tablets a year.

The wide range of products they offer to clients include:

They export around 75% of their manufactured products and offers ODM and OEM services to their clients. Some of their most well-known global clients are IBEX, Pearl, Sealink, and Senty. They also sell and market their products within the local market under the brand name Tonstep.

It’s also a certified company for meeting EU and US standards and regulations, that include CE, FCC, and RoHS certifications.

The factories and the head office of the company is based in Dongguan, Guangdong.

Shenzhen JoyHong Technology Co. Ltd is a major ODM and OEM manufacturer and exporter of smartphones and tablets based in Shenzhen, Guangdong.

It was founded in 2011, and now exports more than 95% of their products to North America, Europe and other parts of the world. They also market their products under their own brand names IDWELL and JOYHONG.

In addition to the wide range of electronic and digital products they offer, you can also find following variety of tablets by JoyHong Technology.

The company employs more than 300 people working in their 10,000 sqm factory equipped with 14 fully automated production lines. The monthly capacity of the factory is more than 200,000 products.

It’s an ISO certified company with ISO 14001, and claim to have passed LVD, RoHS, FCC, SAA and other tests.

Shenzhen E-Tech Digital Technology Co., Ltd, also known as IDEA LTD, is the manufacturer and exporter of a wide range of digital products including tablets.

The factory is owned by IDEA International Group (HK) Ltd. The company was founded in 2006 and offers OEM and ODM services to some of the well-known consumer electronics brands in the world.

The Shenzhen E-Tech Digital Technology Co. Ltd factory focuses only on the production of tablets and smartphones. It’s a 10,000 sqm factory based in Shenzhen, Guangdong that has five fully automated assembly lines.

You can find a wide range of tablets under different tablet series that include:

It’s also an ISO certified company with ISO 9001, ISO 14001, FCC, RoHS, WEEE, and CE certifications. They export more than 100% of their products with the Middle East their primary market followed by Europe.

The average lead time offered is 25 days. Some of their well-known clients are Polaroid, CBC, IRIS, and Technomarket.

Telepower Communication Co. Ltd is a large factory that manufactures and exports digital products like Android tablets, but it is best known for their POS devices.

They sell and market their products under their own brand name “Telpo,” but also offers OEM and ODM services to their buyers.

Founded in 1999, Telpo emerged as one of the biggest manufacturer and exporter of consumer electronic products in the last decade. They’ve completed over 1000 ODM projects and employs more than 800 people.

It’s also an ISO certified company that has ISO 9001 and OHSAS 18001, and claim to have passed FCC, LVD, RoHS and other tests.

They export 95% of their manufactured products with Africa as their largest market followed by North America.

Shandong Senter Electronic Co., Ltd, most commonly known as Senter, or Senter electronics, is a manufacturer and exporter of electronics, for industrial applications, based in Zibo city, Shandong.

The company was founded in 1996 and currently owns a factory that covers 20,000 sqm of land and over 200 employees.

They currently own 33 patents and applies for three to five new patents every year. The company currently exports to more than 80 countries, even though, the local market is still their biggest market.

They are best known for their PDAs, but they also manufacture Android rugged tablet PC and Windows rugged tablet.

It’s also an ISO certified company with several other certifications that include ISO 9001, ISO 14001, OHSAS 18001, RoHS, and CE certifications.

Shenzhen Veidoo Digital Vision Co., Ltd., more commonly known as Veidoo, is a manufacturer and exporter of tablet PCs and other electronic products. The company was founded in 2008 and is based in Shenzhen, Guangdong.

They offer OEM and ODM services to their clients, but also market and sell their products under their own brand name, Veidoo.

Some of their most popular products are:

It’s also CQC, TUV, and BV certified company with a capacity of producing 42,000 tablet PCs a month. They export around 80% of their products to different countries, with South Asia and Europe as their biggest market. The average lead time for an order is 15 days.

Where can I find other Table PC factories?

There are two B2B supplier directories that truly matter. Alibaba.com and Globalsources.com.

These directories each have hundreds of Android tablet manufacturers in their supplier directories.